Here’s a Chicago Park District photo of some young modelers at a Class A Glider Contest at the 124th Field Artillery Armory. The photo appears to be dated 10/19/1937, but typed caption attached at bottom identifies the contest date as 3/6/1937.

Elic Nekimken, Frank Midough and Chester Czyryk are identified in pencil on the back (and I’ve identified them on the photo). Please let me know if you can identify anyone else (you can click on the photo to enlarge it). 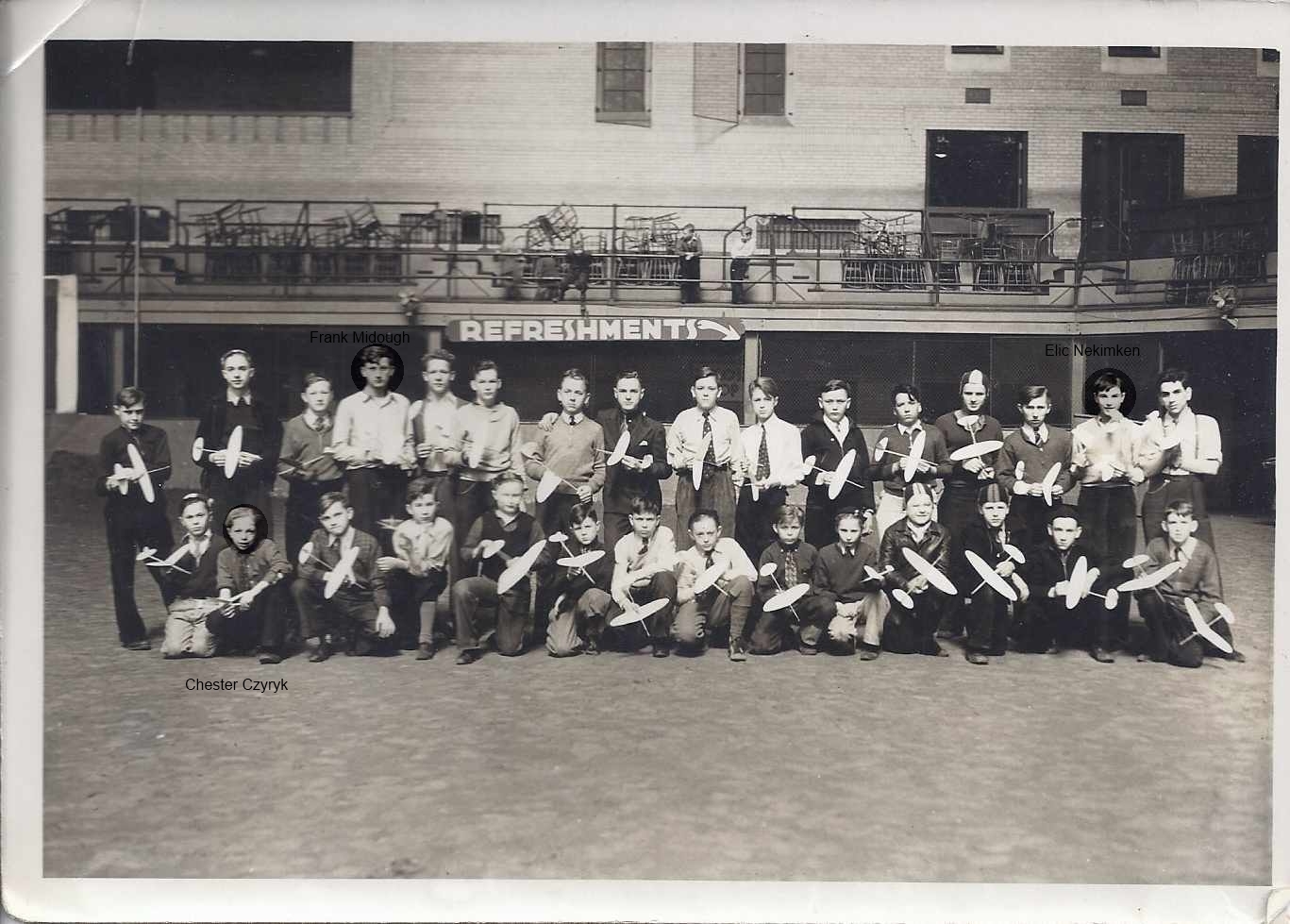 I am a grandson of Chicago Aeronut Otto Curth. I lived in Rockford when I was young, but moved to Southern California in 1985. It didn't quite kill the opportunity to model with my grandfather, but it certainly hampered it. Since I wasn't (and probably won't ever be) able to join the club, I decided to at least set up this site to help preserve and share the history for anyone who may have an interest.
View all posts by wil →
This entry was posted in photos. Bookmark the permalink.